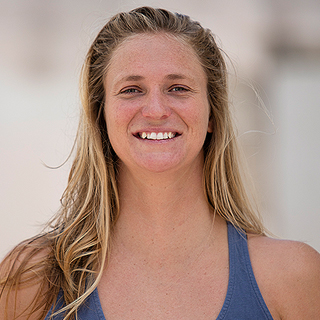 A thrill seeker who finds joy in both extra-large, extra-clean barrels or one-foot mushburgers, Paige feels most at home in the ocean, be it on a hydrofoil, fish, shortboard, “log” or simply bodysurfing. As a two-time WSL Big Wave World Champion, she says her biggest accomplishment is serving as a role model for the next generation, and she always tries to share what her mom taught her at an early age: “Dream big!”

Off the water, the big-wave surfer enjoys traveling, organic gardening, cooking and spending time with friends, family and her dog Mocha.
Career Highlights