Checkout Continue Shopping
For technical reasons, your request could not be handled properly at this time. We apologize for any inconvenience.
Sign the Petition 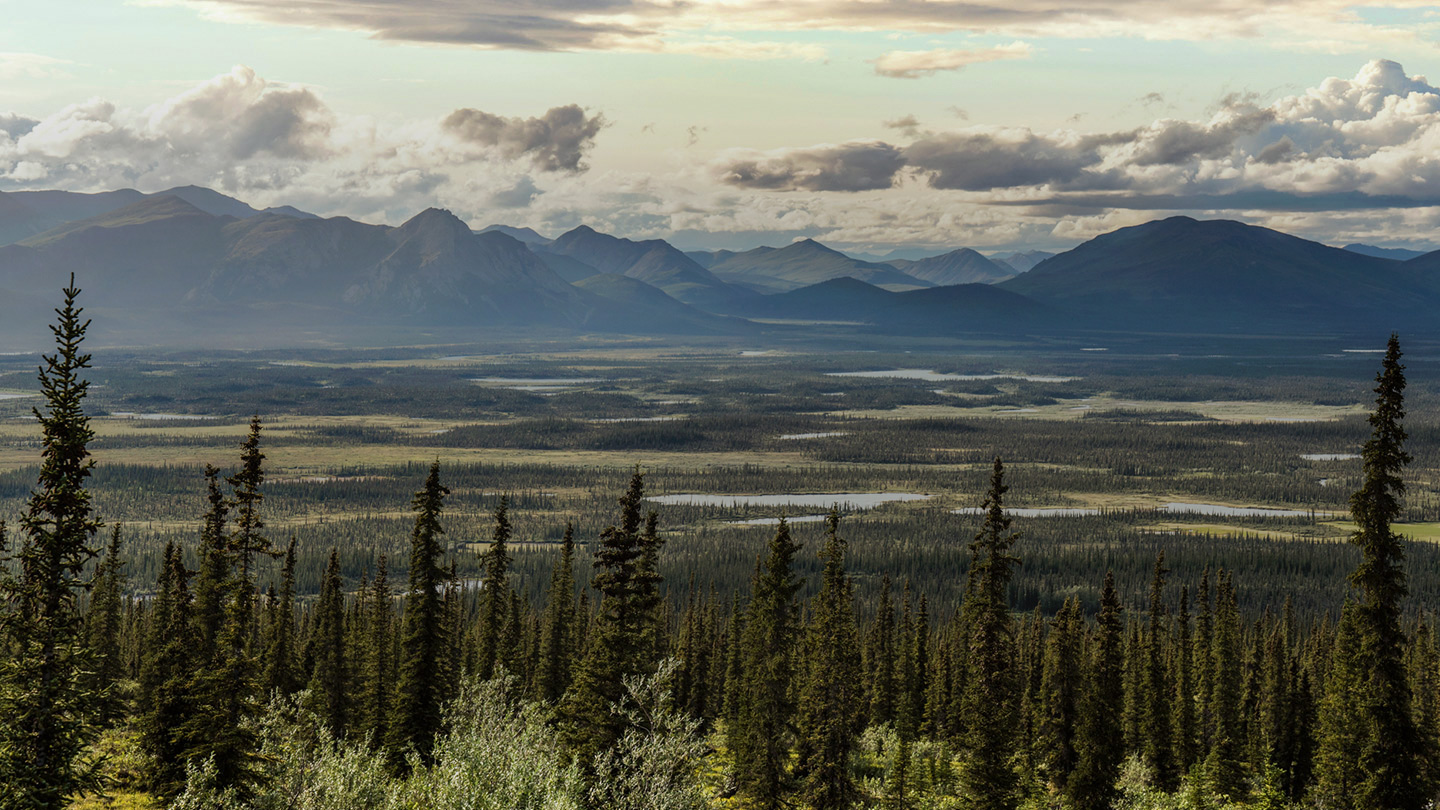 For hundreds of generations, the Gwich’in people of Alaska and northern Canada have depended on the caribou that migrate through the Arctic Refuge. With their traditional culture now threatened by oil extraction and climate change, two Gwich’in women are continuing a decades-long fight to protect their land and future. 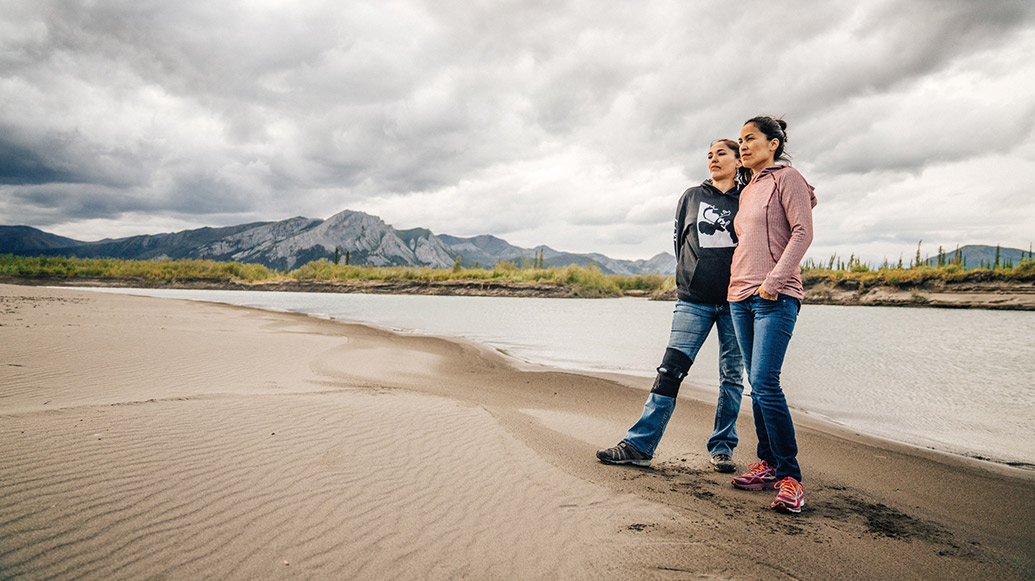 Millions are reminding the DOI that it's an Arctic Refuge, not an oil field. Join them. #ProtectTheArctic
Sign Now

The Gwich’in people of Alaska and northern Canada have depended on the Porcupine caribou herd for millennia. But their connection to the caribou goes far deeper than traditional subsistence hunting: the Gwich’in believe that they are guardians of the herd, and that the fates of the people and the caribou are forever entwined.

For the last 30 years, the Gwich’in have been fighting proposed oil extraction projects in the Arctic National Wildlife Refuge—to them, its pristine coastal plain where the caribou calve their young is “the Sacred Place Where Life Begins.” Directed by Kahlil Hudson and Alex Jablonski, The Refuge tells the story of two Gwich’in women who are continuing the decades-long battle for their people’s survival—and the survival of the wild animals that so faithfully bring them life.

Patagonia has supported the Gwich’in Steering Committee and the Alaska Wilderness League through our Environmental Grants Program since the early 2000s. We’re now standing in solidarity with the Gwich’in people to ask Congress to designate the coastal plain of the Arctic Refuge as wilderness, protecting it from oil drilling and industrial development forever.

Protecting the Arctic Refuge is Non-Negotiable

Every other July, hundreds of Gwich’in people travel to remote villages in Canada and the United States. This year they gathered in Arctic Village, Alaska, a small town that sits on the Porcupine caribou migration route. The village is home to the Gwich’in people who live a subsistence lifestyle and rely on salmon, whitefish, moose, waterfowl and berries to survive.

The connection between her people and the caribou is something she finds difficult to explain to people who don’t live there, but it’s painfully simple.

Read The Story On Our Blog

The Gwich’in and the Caribou: A Way of Life

Every other July, hundreds of Gwich’in people travel to remote villages in Canada and the United States. This year they gathered in Arctic Village, Alaska, a small town that sits on the Porcupine caribou migration route. The village is home to the Gwich’in people who live a subsistence lifestyle and rely on salmon, whitefish, moose, waterfowl and berries to survive.

People gather, as they have for thousands of years, to participate in the biennial Gwich’in Gathering. It’s a time for rejuvenation and renewal, for bringing together family and friends, and for planning the future together. They also hunt for caribou, as they have for over 20,000 years.

The trek to Arctic Village is one Bernadette Demientieff has made twice before. Bernadette is the executive director of the Gwich’in Steering Committee. This year she took her 7-year-old daughter and 18-year-old son to the gathering so they could better understand their responsibility to protect the land of their ancestors. 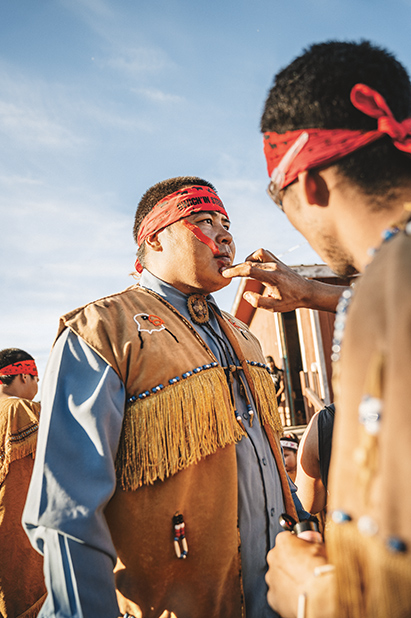 “We need for our kids to understand the Arctic Refuge,” she says. “The range is part of the land but it’s also who we are. It’s our identity.” What’s at stake—and has been for a while—is the heart of the Arctic Refuge: the coastal plain. It’s the calving site for the Porcupine caribou herd that travel there every April.

“We’ve always treated that land as sacred,” explains Bernadette. “Even when my people were starving, they never went there. As a mother you understand that. When you’re in labor you don’t want people walking in and out of your hospital room.”

The disturbance of the coastal range through proposed oil drilling would alter the behavior of the caribou that depend on the area for food and protection from predators during the calving season. This disturbance could cause a displacement or major population decline that would impact the way of life for the Gwich’in.

There’s much at stake and Bernadette spends a lot of time trying to convince lawmakers and nonnatives to help protect their land and way of life.

“It’s frustrating to have to ask your government that you deserve to live, and your children deserve the right to live the Gwich’in life.” She also speaks for the Porcupine caribou herd. “Caribou are our life,” she says. “Just because they don’t talk doesn’t mean they don’t have a right to live.”

The connection between her people and the caribou is something she finds difficult to explain to people who don’t live there, but it’s painfully simple.

In a land that is experienced by some and only dreamt about by others, the coastal plain of the Arctic National Wildlife Refuge exists as a narrow piece of ground harbored between sea and mountains. It is an area that is sacred to the Gwich’in people who have lived off its lands for time immemorial. It is a place that each year is bursting with new life and beginnings—a birthplace to polar bear cubs, caribou calves, arctic fox kits, grizzly cubs and over 200 species of migratory birds. It is a place where life is at risk, yet where life is precious. It is one of our greatest natural treasures: the Arctic National Wildlife Refuge and its embattled coastal plain. 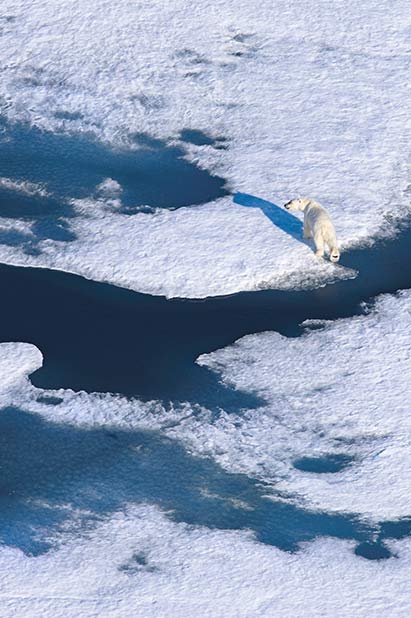 For decades the coastal plain, known as the refuge’s biological heart, has been in political limbo, at best, and nearly at the tip of a drill bit, at worst. As the executive director of Alaska Wilderness League, I have watched the political landscape shift—from one of “drill, baby, drill” to one of “some places are too special to drill.” This year is an important one for the Arctic Refuge: There is hope. President Obama has recommended that the refuge and its coastal plain be designated as wilderness.

In 1960, President Dwight Eisenhower created the first protections for the Arctic Refuge by setting aside lands known as the Arctic National Wildlife Range. For nearly five decades, we have fought for this iconic landscape—an ideal of wilderness, and one that we want to leave for future generations. Today, we could make long-lasting protections possible. Once and for all, we could shift the political reality for the refuge to one of protection. It is time to make this land whole—time to protect it from the forces of development that would encroach upon it. Just outside of the refuge lies the Trans-Alaska Pipeline and Prudhoe Bay—frequent oil spills, smoke-covered skies and areas littered with pipelines characterize the land. We don’t want his to happen to our refuge.

Not only do we need to protect the refuge from becoming a massive oil field, but we are now facing the challenge of climate change. On the forefront of climate change, Alaska is bearing its terrible effects twice as hard as any other state in our nation, and some Alaskan communities are literally falling into the sea.

Contrast the Prudhoe Bay development with the refuge’s coastal plain. The coastal plain is an oasis in the northeast corner of the state and arguably one of the most unique places on Earth. Climb the highest vantage point in the refuge—you see no buildings, no masses of people, no cars and feel none of the chaos of everyday urban life. Instead, you may see a field of poppies splashing through the tundra of the refuge, experience a herd of caribou with their moans and grunts and clicking feet, catch a glimpse of a wolverine, or take in the sight of a herd of musk oxen leaning on each other for shelter.

The refuge, like the Grand Canyon and Yosemite, is deserving of protection. It is wild, it is free, and it is ours to protect. And there is a long history of people working to protect it. The We Are The Arctic campaign is a diverse movement across the nation that is engaging more advocates to support the refuge—not only for its iconic wildlife, stunning landscapes and mountain peaks, but also for its people, the Gwich’in. 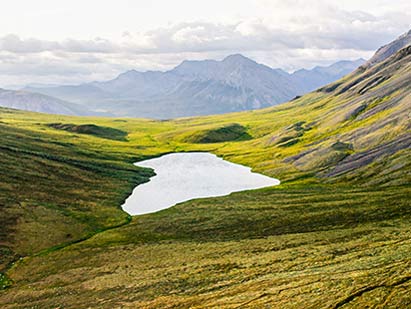 The Gwich’in have lived on the Arctic Refuge continuously for thousands of years. They refer to themselves as “caribou people,” as their life and culture are intertwined with the fate of the caribou. Even without oil development, the Gwich’in are already feeling the threats of food insecurity due to climate change, which has shifted the migration routes of the caribou and diminished the supply of salmon in community streams. Protecting the refuge is about human rights, and about conserving the last best places in America for future generations.

After all of these decades, I am ready to protect this special place once and for all. Join us to raise our collective voices for this special place and finally get the strongest possible protections for the refuge, which it so richly deserves.

Cindy Shogan is the executive director of the Alaska Wilderness League, which leads the effort to preserve Alaska’s wild lands and waters.