Watch Chuitna – More Than Salmon On The Line. After a successful run on the film tour circuit and dozens of local screenings, we’re thrilled to share this short film with you for free. Video: Trip Jennings

Please join the fight and help Judy, Larry, Terry and the Tyonek defeat the Chuitna Mine. All it takes is a few keystrokes and mouse clicks. Watch the film and share it on social media. And take action today at American Rivers by telling Alaskan officials to protect the Chuitna’s important habitat. Then, like the Facebook page or text “Salmon” to 313131. You will be notified when it’s time to speak up again.

The Biggest Salmon Fight No One’s Heard Of

The 40-minute bush plane flight from Anchorage to Alaska’s Chuitna River watershed is like a journey back in time. As the tires grip the gravel of the tiny outpost runway, you are thrust into a wild world teeming with life and vibrant rivers overflowing with salmon. It’s a world like my Pacific Northwest home used to be, before we dammed our rivers, logged our forests, and destroyed our salmon runs.

But the unspoiled Chuitna watershed and its residents are now staring down the barrel of destruction because of a proposed project that is an egregious throwback to an era when rivers, salmon and native people were deemed expendable in the name of “progress.” In this case, “progress” is the proposed Chuitna Coal Project and the millions of tons of low-grade coal it would produce every year for export to China and other Asian markets.

Alaska is no stranger to mining, but never has a company had the audacity to mine directly through a salmon river. This first-of-its-kind project would dig 300 feet deep through 13.7 miles of prolific salmon streams and through hundreds of acres of pristine wetlands, forests, and bogs. Not only would the project completely remove miles of the Chuitna’s headwaters, but it would also pollute the river downstream by discharging seven million gallons of mine wastewater into the river each day. The unprecedented scope of this devastation is why American Rivers recently named the Chuitna one of America’s most endangered rivers.

Making matters worse, approval of this “pioneering project” would also increase the likelihood that other proposed mines in the Chuitna Watershed will be built. Plus, it would establish a dangerous precedent that would endanger hundreds of salmon rivers that course through Alaska’s untapped coalfields.

For the media team that had the privilege to visit the Chuitna and make this film, it was impossible to fathom how this pristine paradise could be transformed into an industrial wasteland and Asia’s newest power source. But for the native Tyonek people, hardy homesteaders such as Judy and Larry Heilman, and commercial fishermen like Terry Jorgensen, it is the harsh reality they face every day—the chance that their homes as well as the lands, waters, and animals they cherish could vanish before their eyes.

As you can imagine, this handful of homesteaders and the Tyonek people are not going down without a fight. Despite being overmatched financially and politically, years of arduous work and coalition building have created a strong and growing coalition that is on the precipice of defeating this destructive proposal. But to make that happen, we need your support. 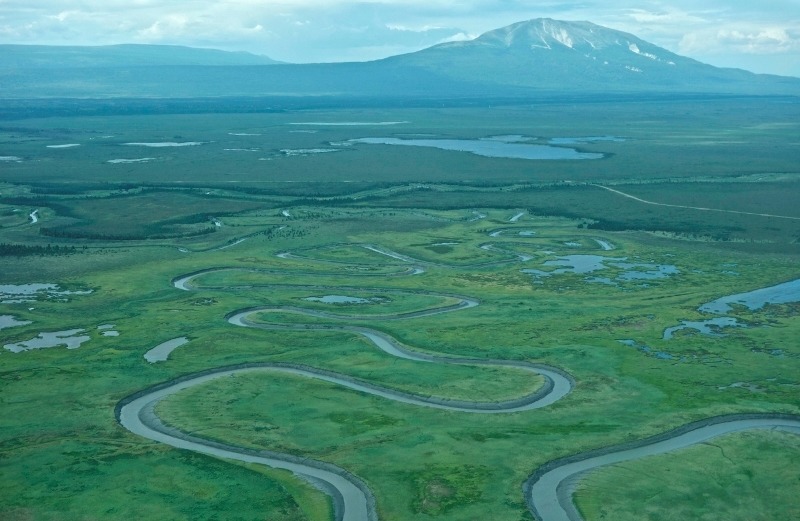 View from the plane of the pristine Chuitna watershed. Photo: Paul Moinester 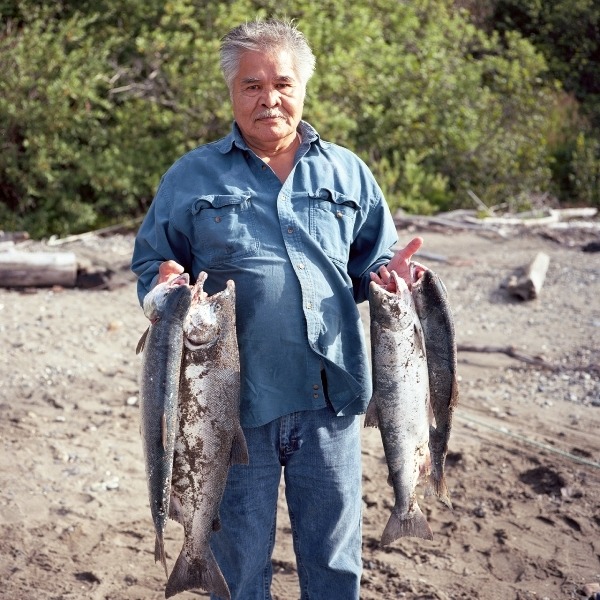 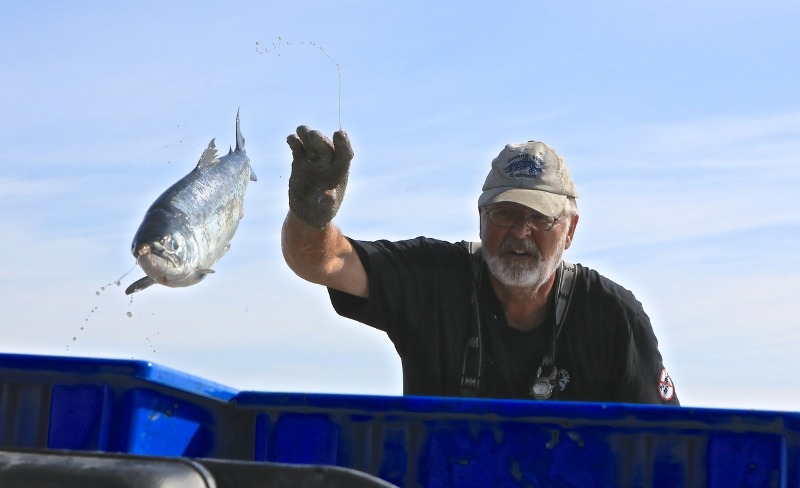 Commercial fisherman Terry Jorgensen loads a crate of salmon bound for a grocery store near you. Photo: Dave McCoy 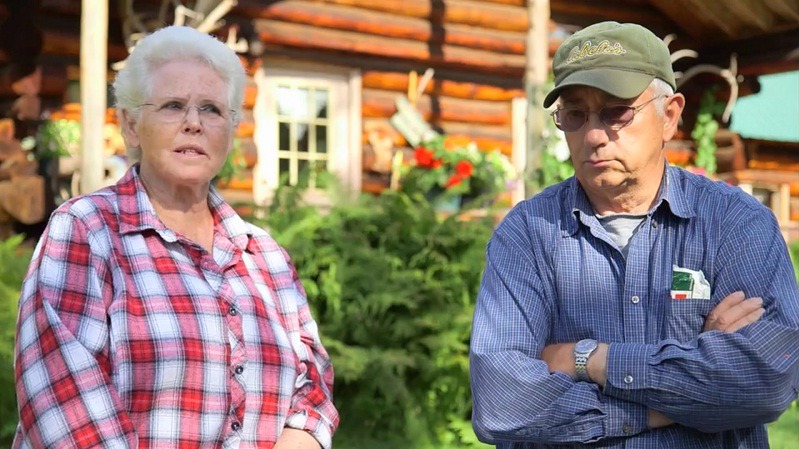 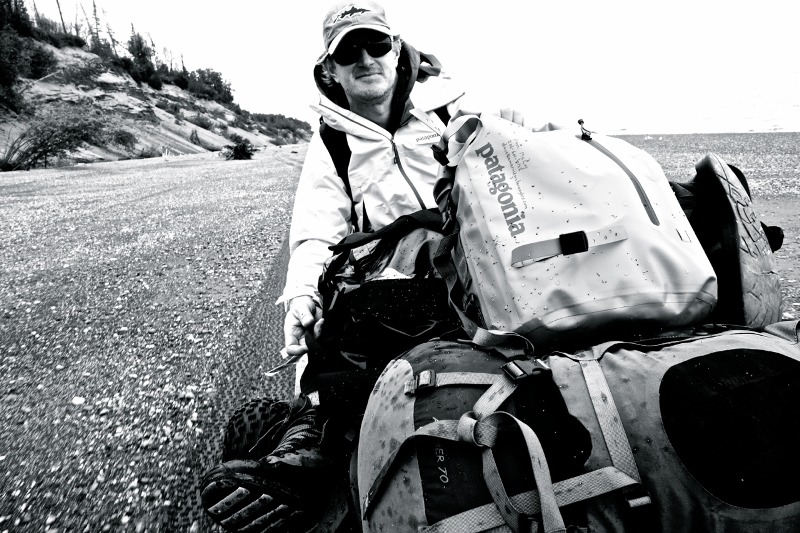 Patagonia’s Dave McCoy rides along the shores of the Cook Inlet on a loaded down trailer towed by a four wheeler. Photo: Paul Moinester 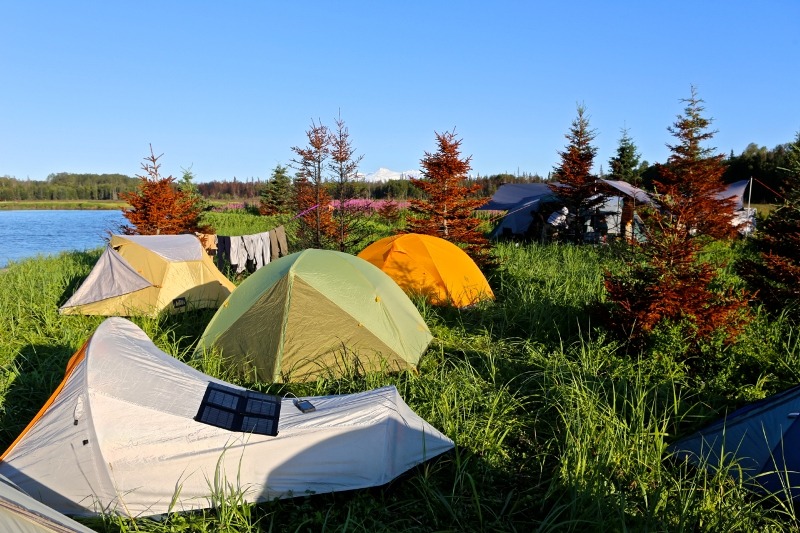 Camp on the banks of the Chuitna. Photo: Dave McCoy 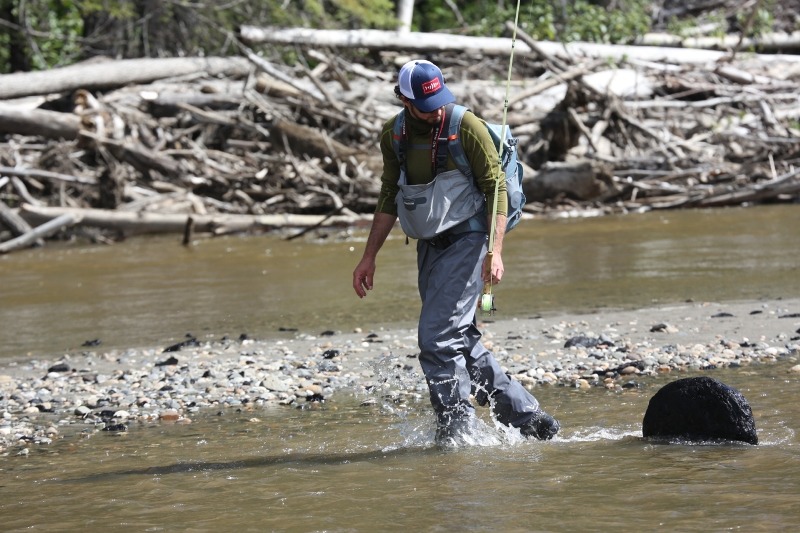 With rod in hand, Josh Prestin strolls by a chunk of coal in the Chuitna. Photo: Dave McCoy 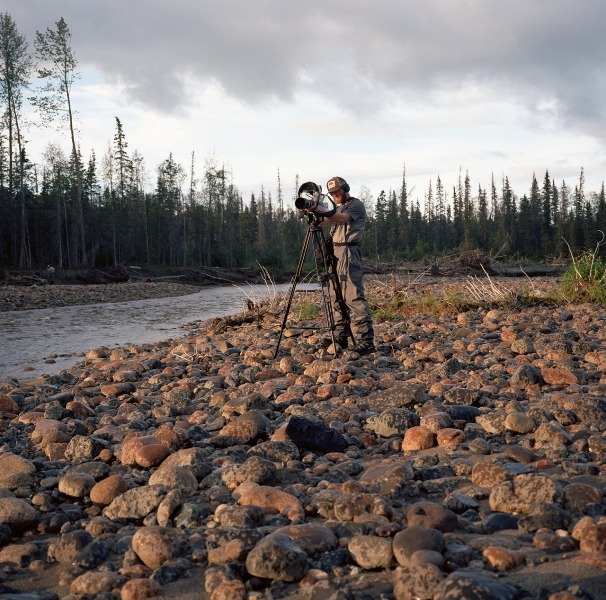 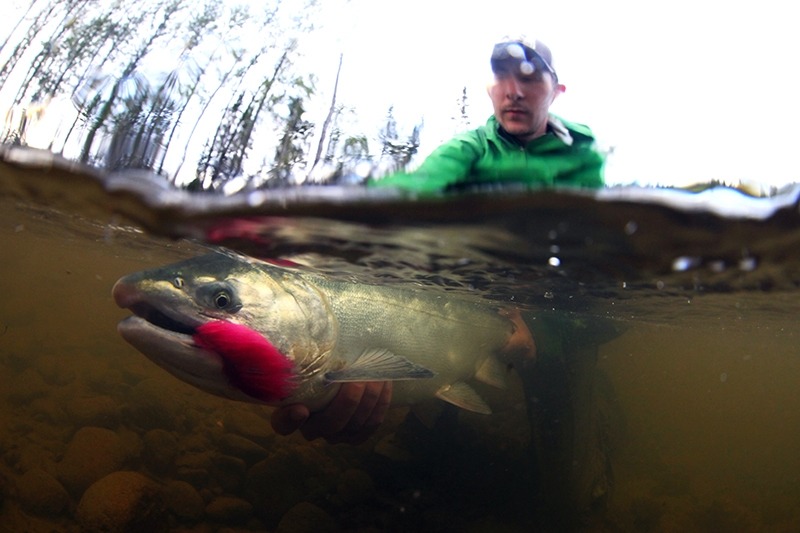 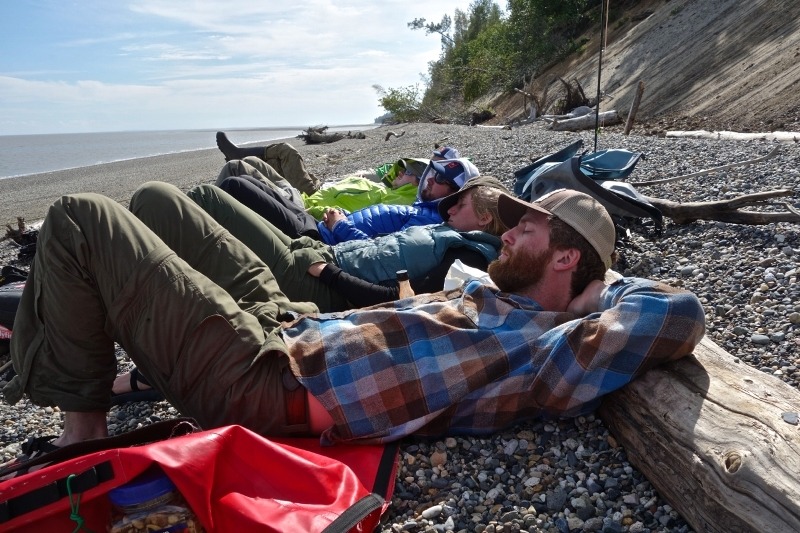 A surprisingly comfortable log provides a bit of a respite for a worn-out film crew. Photo: Paul Moinester 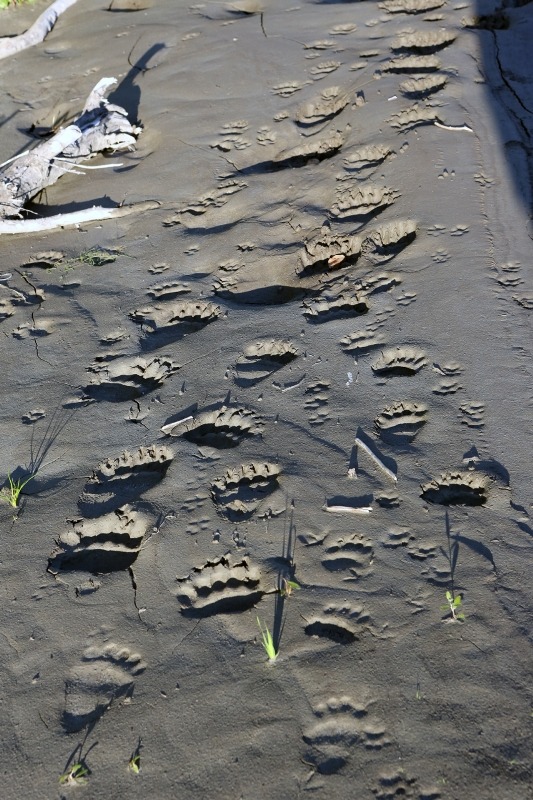 It was hard to walk more than 100 feet on the Chuitna without seeing bear tracks. Photo: Dave McCoy 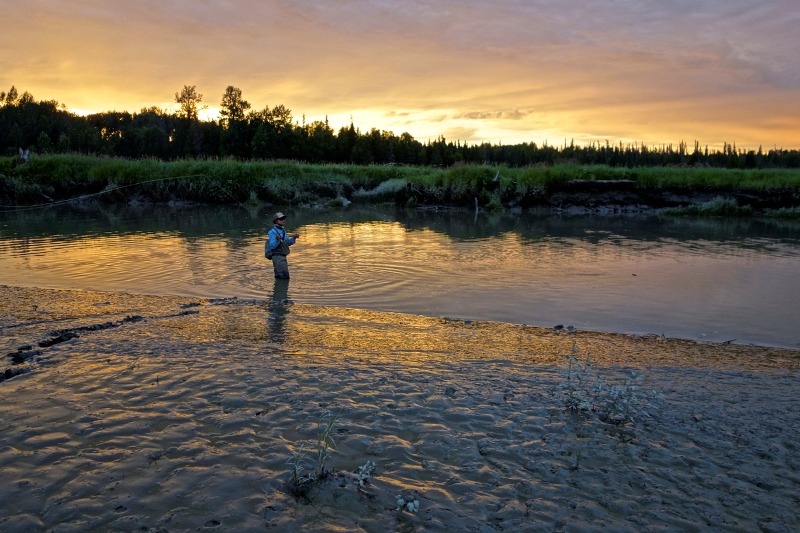 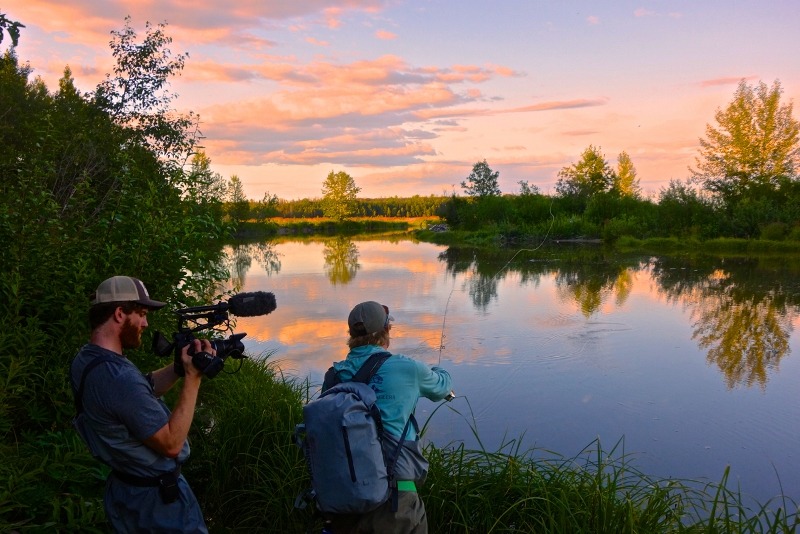 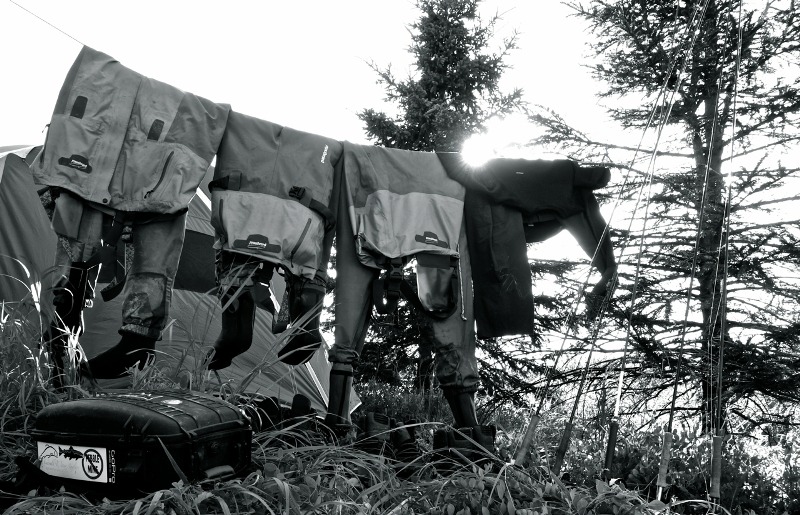 After a long day of filming and fishing, our waders and wetsuit are hung up to dry. Photo: Paul Moinester

Together, we can save the Chuitna!

Please join the fight and help Judy, Larry, Terry and the Tyonek defeat the Chuitna Mine. All it takes is a few keystrokes and mouse clicks. Watch the film and share it on social media. And take action today at American Rivers by telling Alaskan officials to protect the Chuitna’s important habitat.

On behalf of the individuals fighting vigorously to protect their homes, livelihoods, and the place they most cherish, the Save the Chuitna Campaign would like to express their most heartfelt gratitude to Patagonia and filmmaker Trip Jennings for making this project possible.

For more information and to join the Chuitna Action Team, please visit savethechuitna.org or text “salmon” to 313131.