Wholesome. It’s one of the first words that comes to mind when someone says “milk.” What about milk isn’t wholesome? It is a basic product of mammalian life that–when delivered from mother to offspring–is unassailably pure. It is so fundamental and unadulterated that its nature and constitution are seldom questioned. Which is why it caught me completely off-guard when a Swiss friend asked me “What is ‘organic’ milk? Milk is milk. Why do you have all this ‘organic milk’ in the United States?”

The question came as we stood, literally, at the foot of Switzerland’s Jura, a velvety green sweep of mountains in the border region shared by France, Switzerland, and Germany. The Swiss Jura is home to many of the country’s most picturesque pastoral villages, and where much of the milk comes from for the legendary Swiss cheeses and chocolates.

We had just finished a meandering bike tour of the area’s vast array of mountain trails, which wind seamlessly from forest to pasture to village. I had commented on the unbelievably short distance between pasture and product in these villages; from where we stood–on the edge of a pasture and, oddly enough, the town square–we could see each element of the town’s dairy food chain. In the most dramatic example, a scant 50 feet lay between the town’s cheese shop and the cows whose milk made that cheese.

And that’s when the question came.

“Why do you need to call this organic?” my friend asked, as he kicked at the lush green veld. It was one of those ‘ah ha!’ moments for me, and I saw with new clarity something I had always overlooked back at home.

At the heart of this question is the grim reality of America’s dairy production: What cows eat influences the quality of the milk they produce. Any schoolchild will tell you cows eat grass. But in America, an entire industry has been built upon the practice of feeding cows anything and everything BUT grass.

Our need to use the organic label comes from the fact that the purely grass-fed cow has become largely an artifact of American agricultural history. As a result, those concerned with where their food comes from have had to lean heavily on the “organic” label. Sadly, this is no longer enough. As illustrated in these pictures (at left) from The Cornucopia Institute’s website, “organic” can now mean many different things. Both of the farms pictured are organic farms. Which produces better or more wholesome milk has become a topic of debate.

While the National Dairy Council states that “both organic milk and regular milk are natural and pure,” evidence continues to mount to the contrary. The Organic Farming Research Foundation offers a lengthy list of research resources detailing the manifold benefits of organic dairy production over conventional “factory farming” methods. By now, savvy consumers have grown almost numb to two of the most well-publicized findings from organic research, but these bear repeating. They are: 1) conventionally produced dairy products contain traces of the hormones and antibiotics used to treat the cows for the ailments and production demands that are a regular part of factory farm life; and 2) grass-pastured cows produce milk that is high in such beneficial elements as beta-carotene, vitamin-E and conjugated linoleic acid, all without the use of added chemicals, antibiotics, or hormones.

In becoming a fixture of the American marketplace, the word “organic” has lost a great deal of its former meaning. A much-publicized 2007 lawsuit brought by The Cornucopia Institute against organic dairies Horizon and Aurora for their purported manipulations of the organic label was a wake-up call for consumers. The designation consumers had fought to protect and the standards they hoped to see applied to food by their government were all but worthless in providing consumers with their simple wish: a designation that would ensure consumers they were buying a product so pure and wholesome it didn’t need labels, health claims, or extra adjectives.

While it’s quite likely a push for an official “grass-fed” designation will eventually arise, the best current option is to reduce the distance between you and your food. Only by getting your dairy and produce as close as possible to the source can a consumer know the care (or lack thereof) that went into preparing their food. In the meantime, we can push for higher standards. Visit Organic Consumers Association website for more information on how to make your voice heard, as well as how to stay in touch with the latest organic news from your state. And click the link below for a complete scorecard of the U.S. organic dairies.

Find out about local organic dairies near you, and how they rate, with the Organic Dairy Survey and Ratings, from The Cornucopia Institute. 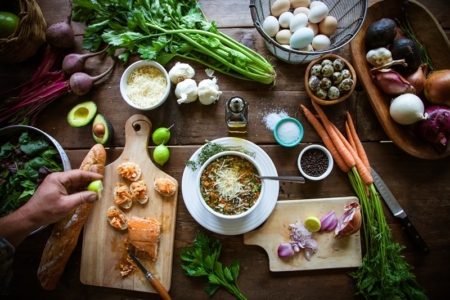 If GMOs Are Safe, Why Not Label Them?

When Yvon Chouinard, founder of Patagonia, began writing about GMOs in the early 2000s, he started by asking a reasonable question: “What does a clothing company know about genetic engineering?” The answer, he said: “Not enough.” And neither does anyone else. In the proliferation of GMOs, Yvon saw a serious threat to wildness and biodiversity.… 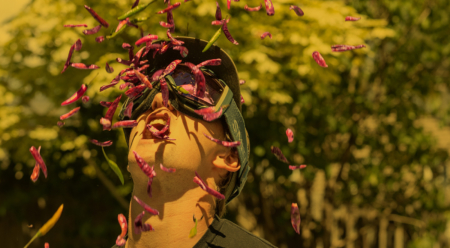 As seen in the November 2019 Journal. For the recipe behind Carston’s Spicy Magic Sauce, scroll to the end of the story. Although my tongue felt as if it might melt, Carston Oliver assured me I was not, in fact, going to die. “That’s just the capsaicin,” he told me, as he calmly ordered some… 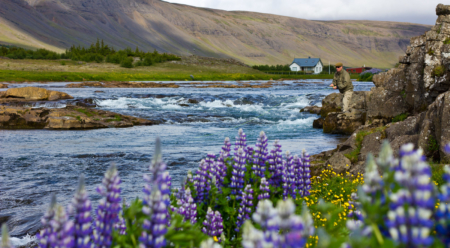 In the last 20 years, the expansion of salmon farming in open-net pens has led to the loss of half the wild salmon population in Norway. On average, 200,000 farmed fish escape from open-net pens and many of them swim up rivers in Norway and breed with wild stocks, contributing to species decline. According to… 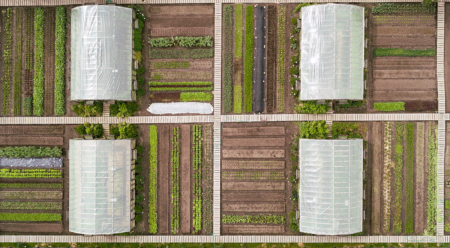 The Garden at the End of the World: Regenerative Agriculture Pioneers in the Chacabuco Valley

If the present status-quo of soil loss, carbon pollution and planetary warming continue, we’re looking at just 60 more harvests before we can no longer grow 95 percent of the food we humans rely upon to live. At the same time, the way to prevent this calamity is at hand: regenerative organic agriculture. This is… 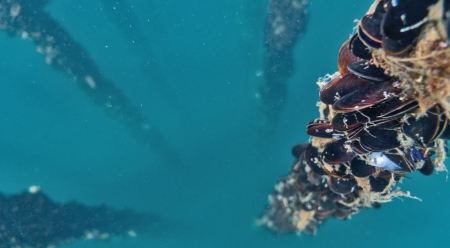 When you sit down to write an eye-catching essay about seafood, your first instinct is to go with one of the sleek and sexy creatures that have historically captured the human imagination. Salmon battling 20-knot currents to reach their spawning grounds at the headwaters of the world’s mightiest rivers. Bluefin tuna charging faster than thoroughbred… 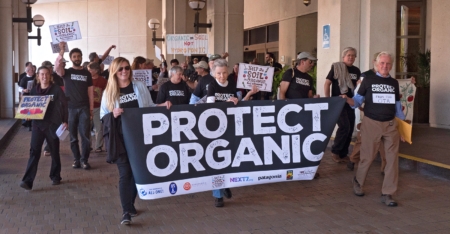 The Night They Drove Organic Down

Looking back on the USDA meeting in Jacksonville, I am left with anger, grief and a sense of urgency that we keep moving forward. The meeting of the National Organic Standards Board (NOSB) was an historical turning point for the National Organic Program (NOP). It was a watershed moment. “All of the organic philosophy is… 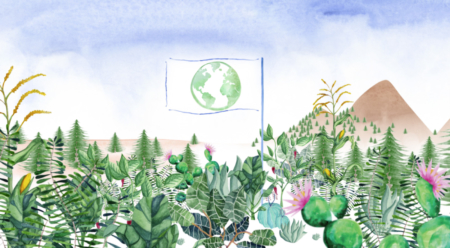 Regenerative Organics: Drawing a Line in the Soil

In recent years, we’ve seen a boom in production and sales of organic foods worldwide. The global organic food market is expected to grow by 16 percent between 2015 and 2020, a faster rate than conventionally-grown foods. This seems like good news—but in truth, organic farming makes up just a tiny fraction of the global agriculture… 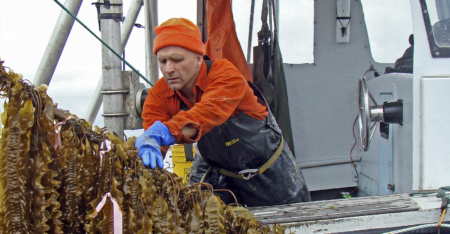 I’d like to introduce Patagonia’s friends and customers to the work of GreenWave, if you don’t already know it. GreenWave and its 3D ocean farming program have received much attention lately from the national press, including The New Yorker, CNN and NPR. Bren Smith, founder and executive director of GreenWave, gave a TED talk that…