Today we're following up on Yvon Chouinard's recent commercial for the American Express Members Project. The grad student Yvon mentions in the above video was Mark Capelli who, through his group Friends of the Ventura River, helped lay the foundation for all the work being done today to remove the Matilija Dam and restore the Ventura River ecosystem.

For a report on the current state of the Matilija Dam's removal we contacted Paul Jenkin, founder of the Matilija Coalition and Environmental Director for the Ventura County Chapter of the Surfrider Foundation.

Patagonia is a founding member and primary sponsor of the Matilija Coalition, an alliance of community groups, businesses, and individuals committed to the environmental restoration of the Ventura River watershed. Starting with the removal of Matilija Dam, the coalition is working for the recovery of the Southern Steelhead trout and the natural sediment supply to the beaches of Ventura. 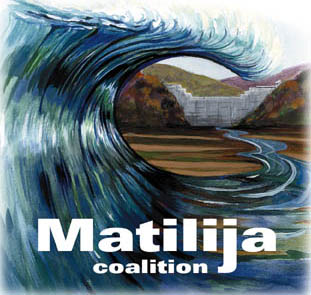 Patagonia was a major sponsor of the October 12, 2000 Demolition Demonstration Project in which Secretary of the Interior Bruce Babbitt removed a ceremonial block of concrete from the 200-foot high Matilija Dam. This event marked a major step toward the eventual removal of Matilija Dam.

In 2004, a federal Feasibility Study was completed which outlines a plan for dam removal based upon ‘temporary sediment stabilization.’ This approach is intended to protect downstream interests, including the community water supply, while allowing for controlled releases of sediment and restoration of the ecosystem. This plan was developed through a multi-year, multi-agency planning process with consensus of all stakeholders. The Feasibility Plan underwent extensive review, and ultimately gained Congressional approval through the passage of the Water Resources and Development Act of 2007 (WRDA07).

Since then, the project has been delayed by lack of funding and difficulties associated with the management of approximately two million cubic yards of fine sediment (approximately one third of the total sediment) that has accumulated behind the dam since its construction in 1948. Originally slated for removal using a dredge and slurry pipeline, a recent proposal calls for permanent storage of the fine sediment upstream of the dam. Disagreements on how this fine sediment should be handled threaten to stall the project. The Matilija Coalition is working with project sponsors to try to steer this complex project back on track.

Because a dam of this size has not yet been removed, this is a project of international significance. All of the large dam removals currently being planned have experienced similar difficulties, largely based upon managing huge quantities of sediment and the downstream effects on property and water supply infrastructure. 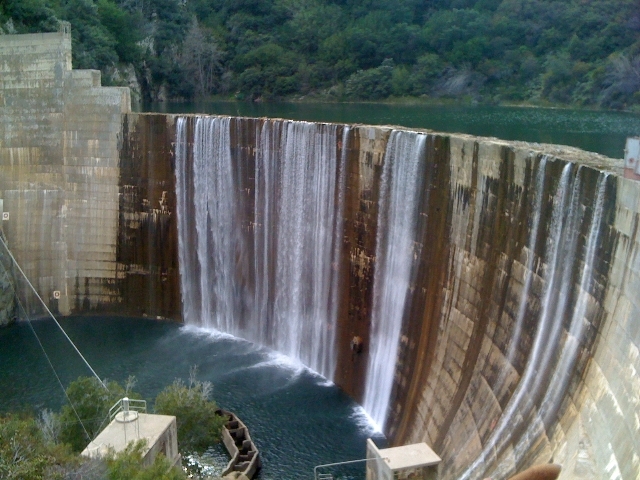 [Recent photo of the Matilija Dam courtesy of Paul Jenkin]

Paul has been documenting the dam's removal on his blog since October 2007. For a detailed look into the challenging process of restoring a free-flowing river check out the posts tagged Matilija Dam at Ventura River Ecosystem.

If you want to hear stories about what the Ventura River was like before the Matilija Dam was built, check out "Tales of the Ventura" and the video Paul produced with some longtime Ventura residents.