We are killing what we love. The vast system of hatcheries and open-water fish farms we’ve built is an expression of our affection for cold-water fish—as food, as recreation, as commercial resource. And yet, despite our best intentions, these human-engineered attempts to make up for resource extraction, development and dam building—to somehow do better than Mother Nature—are backfiring. We cannot have our cake and eat it too.

The vast majority of published, peer-reviewed science shows that hatcheries work as a powerful deterrent to wild fish recovery. At nearly every stage of life, from the artificially high levels of competition and predation on juveniles to genetic damage from crossbreeding adults, hatchery fish spell doom for their wild cousins. But it’s not just science that tells us this. In real life, the Toutle River, the Skagit, the Eel, and rivers throughout Montana all experienced dramatic rebounds of wild fish populations simply by curtailing or removing hatcheries.

Keeping hatcheries running is not cheap. Citizens pay billions of dollars per year in North America alone to fund hatchery operations. One hatchery in Washington state raised spring chinook that cost $68,031 per harvested adult salmon. Taxpayers and electricity users—you and I—are unknowingly subsidizing a handful of fishermen. Perhaps even more importantly, hatcheries are not working. In Puget Sound, after a century of hatchery operations, wild chinook are at 10 percent of historical abundance, wild steelhead at less than 3 percent. We are using public money to finance a rapidly depreciating asset.

With the decline of wild salmon populations, corporate food companies turned to open-water fish farms to satisfy our appetite for salmon. At first, as with hatcheries, we thought this was a clever solution—if we raised domestic fish for food, we wouldn’t need to harvest wild fish. We could engineer our way out of the problem. Then, reality set in: To grow commercially viable numbers of fish in close quarters, tons of antibiotics, pesticides and other chemicals—all of which flow freely into surrounding waters—became necessary. Mountains of fecal waste piled up under the net pens. Parasites and viruses that could infect migrating wild fish flourished.

Here’s what we know: Wild fish, in the presence of hatchery fish, trend toward zero over time. Hatchery fish, because of domestication and inbreeding, trend toward zero over time, as well. Open-water fish farms, which hatchery and wild salmon alike must pass on their migrations, only speed the process. We are on a path to extinction. If we truly love our salmon, steelhead and trout, and want them in our future, wild fish are the only hope.

This essay was featured in the 2019 Patagonia Fish Catalog. 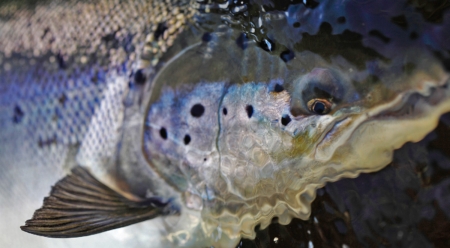 The Salmon Foxtrot: The Wisdom of Fishermen

Back in Tokyo, for a break. Just in need of a change, you know, “to get away from things.” Having worked hard all summer long, there couldn’t be more of a contrast between reeling in salmon on a river in Swedish Lapland and heading to Tokyo. For me, working hard means fishing hard and playing… 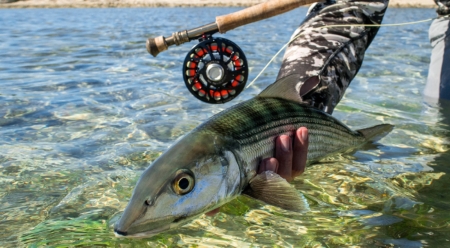 I recently had the opportunity to tag along with two of the world’s leading bonefish researchers for a weekend of fishing Grand Bahama Island out of East End Lodge. Dr. Aaron Adams serves as the director of science and conservation for Bonefish & Tarpon Trust (BTT), a non-profit based in Miami whose mission is to conserve… 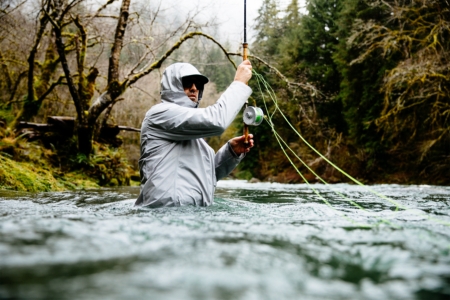 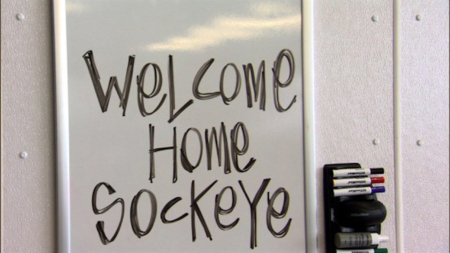 Power Shift on the Columbia

After a century of conflict on the Columbia between salmon and dams, the fates of these two iconic energy systems are now intertwined.

Paddling Past The Graveyard

An intimate canoe trip through The Boundary Waters with Nathaniel Riverhorse Nakadate. 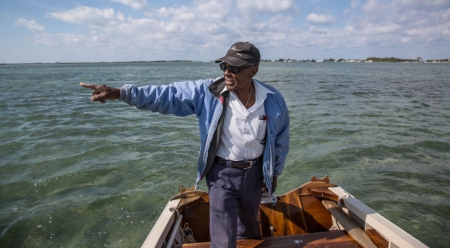 Civil Rights and Bonefishing in Bimini 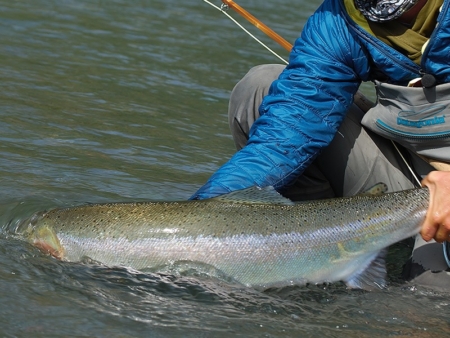 The Release: Fundamentals of Fish and the Path to Responsible Angling

Recreational angling is an incredibly popular leisure activity in North America, spanning a wide demographic of our society and occurring almost every place fish can be found. Tools and techniques for recreational angling are also vast and selecting the right gear often consumes a lot of our leisure time, basements, and wallets. It is not…