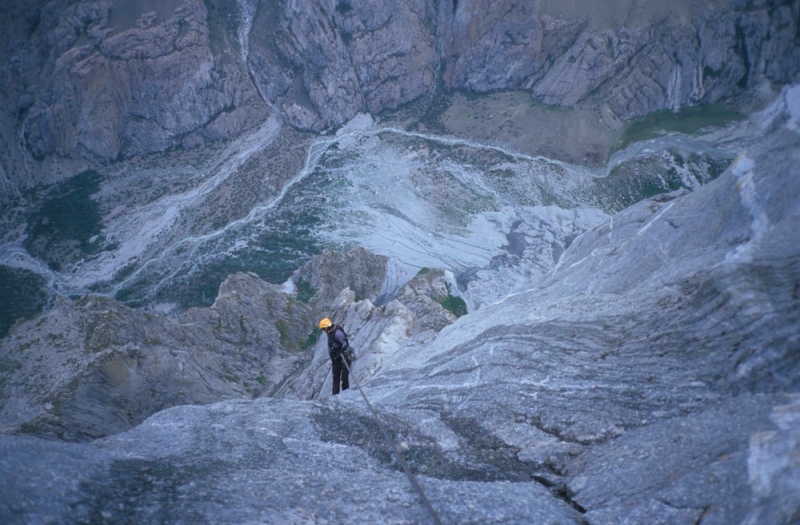 First off, I’m talking about my ankle. My cankle, still swollen from my broken leg and part of my next round of surgeries on Monday. My final surgeries, inshallah, making six in a little over a year. I’ve had enough. Should be minor, removing most of the hardware store in my lower leg, trimming my knee and cleaning-up my ankle. Should help my mobility. But there’s a chance they’ll find exposed bone on the weight-bearing surfaces of my ankle and have to micro-fracture, putting me back into a hellish recovery. Again. Doctors Hackett and Clanton, world-class surgeons at the Steadman Clinic, who focus on high-end athletes (thus begging the question of how I got in…), fully get it, know my climbing plans, and we’ve got a good plan. Clanton suggested we print T-shirts saying “No exposed bone.” I love it. But I started growing a hemlock tree, just in case.

It’s just that I’ve been, I don’t know, down too long in the midnight sea. Like those times when you feel like you’re the Last in Line. It’s like being stuck 3,000 feet up something and you have to get down, but you just chopped one of your ropes. In which case, here’s a trick I’ve used to still do full-length rappels:

[To getting down safely and enjoying good margs. Photo: Kelly Cordes]

Ed note: Today’s story is brought to you by a guy who’s enjoyed a steady diet of pain killers while nursing all those surgeries; and he’ll be the first to tell you he wasn’t right in the head before all that. And he’s getting old. And to cap things off, you should never trust anyone who gives you climbing tips and drink recipes in the same breath. So . . . you know the drill – we’re happy to share the story of how Sketchy Kelly got his @$$ out of a tricky situation, but do not recommend using these same techniques on your own. Reading things on a blog should never substitute for first-hand experience. Go hire a guide or sign up with an AMGA-accredited [or similar] program and get in-person, first-hand training under the watchful eye of a professional. In the meantime, enjoy another of Mr. C’s marg recipes, you can always trust those. 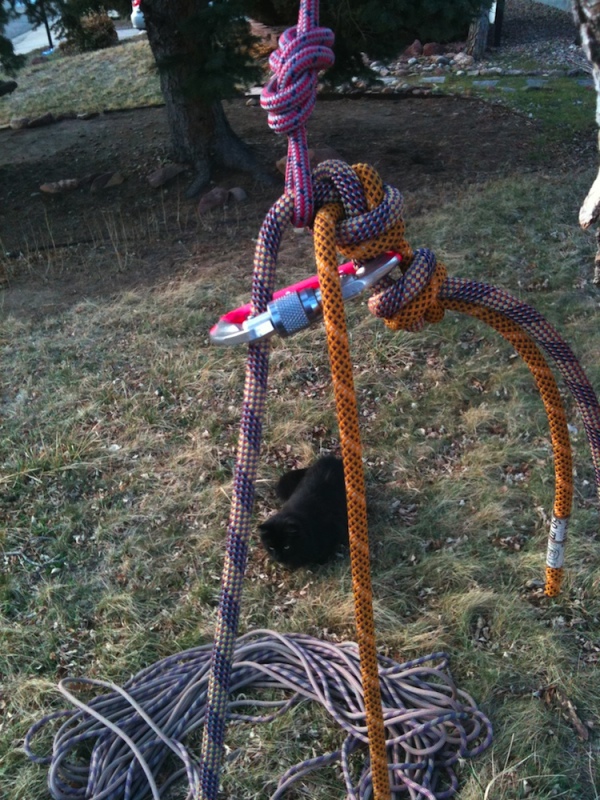 1. With one rope chopped, you have to tie the sketchy chopped sections together and use that rope as a dedicated pull-cord, as if it were a tag line (you can use this technique with an intact tag line, too). 1a. Remember that the knot in the chopped-now-tied pull-cord can’t pass through your rappel device.

2. This means you’ll be rapping on a single strand (the good rope, of course – not the chopped one).

3. Which means you’re rappelling off the knot that you use to tie your two ropes together, with that knot jammed up into the anchor. You need to be sure your knot is big enough that it can’t pop-through the anchor point (tie a BFK if in doubt), or get stuck partway into it.

4. So, you tie together the good strand (the one you’re rapping on) and the bad strand (which has now become a pull-cord). Tie the ropes with the knot situated to jam into the anchor when you weight the good strand. If there’s any chance that the knot could pop through the anchor point, you’d be deader than fried chicken. So, to be sure, you can clip a ‘biner from the knot onto the good strand. This creates a closed loop around the anchor point – even if the knot pops through, you’re still safe. The photo shows the best knot for tying together two ropes: the overhand. Sometimes folks stack a second overhand knot abutted onto the first. Fairly overkill, but fine. If you do this and leave some space between the knots, you can sneak a ‘biner in there for clipping to the good strand – presto. If you’re life-and-death certain that the knot can’t pop through the anchor, there’s no point to the ‘biner-clip other than it maybe helping to keep the ropes in-line as you pull (like if it’s super windy).

5. As you rap down, put two ‘biners in your rappel device for extra friction on the single strand rappel, and/or rap with an extension, which is a good technique anyway. Remember to keep the pull-cord rope within reach – good idea to clip it to yourself. When you pull it, the ‘biner at the knot slides down as the good strand goes up until your ropes come down. Re-feed the ropes at the next anchor and repeat process. Don’t drop ‘em. Get down. Have a marg.

And here’s a great marg recipe from my friend Uri, who sent it to me the other day with good wishes for surgery. His adorable little daughter just got out of a cast, and I’m hoping to be lucky enough to avoid going into another one.

Crushed ice, lots of it.

Put ice in the glass and the glass in the fridge while you squeeze the lime and lemon juice. Mix tequila, lime, lemon, agave nectar and triple sec in a shaker with some ice. Shake the bejesus out of it. Pour. Drink. Celebrate being down, being healthy, going climbing and living life.

[Above, right – The anchor-point setup for rapping on a single good strand. The orange rope represents the chopped pull-cord. Black cat for effect only. Photo: Kelly Cordes]