Dave Graham wasn’t holding back at the Outlook. For those who don’t know, Graham is one of the best rock climbers to come along in the last decade. We were guests on a live on-stage radio show, by ClimbTalk, at the Outlook Hotel and Bar in Boulder last Monday. The various guests talked usual climber-talk, and the conversation was mostly tame. Until Graham, animated and intense, took hold of the mic. He launched passionate opinions on climbing ethics, the American government, overly restrictive rules in national parks, and the lack of cohesion in the climbing community. As the energy of the audience rose, I overheard a whisper: “I wonder what his sponsors think of this?”

Which got me thinking… is there merit to the notion that climbers are increasingly becoming soulless commodities to their sponsors’ marketing machines, speaking in corporate-friendly trivialities, and that the climbing media has done the same? At the front, it sounds absurd. Then again, this is America 2012.

Issues such as these recently sent the climbing blogosphere abuzz, after climber and art history professor Peter Beal wrote a provocative blog entitled “Sell, Sell, Sell: Is There an Alternative?” Beal writes of the marketing influence on climbers and the climbing media, leading to a dearth of coverage of serious topics and controversial issues, and asserts, “The climbing environment is reaching a tipping point in terms of how much more commodification it can stand before a total vitiation of the core of the sport is achieved.” 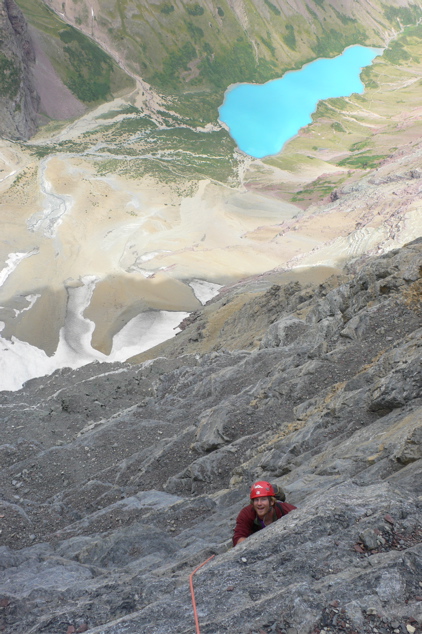 Same ol’ same ol’ sky is falling? Maybe. But I believe it’s the domain of the ignorant to float the dismissive and tired chestnut, “Aww, ignore all that crap, it’s been said before. Just go climbing.” Not because you shouldn’t go climbing (you should), but because the sentiment fails to recognize the inherent importance of dialogue. It makes us think. Based on the responses to Beal’s post, it touched some nerves and got people talking – and thinking. These are good things. A sampling of the discussion includes Rock and Ice’s initial e-Blast, a follow-up by Beal, another post from Rock and Ice, Justin Roth’s piece, and another from Beal – whew. A good whew. Confronting challenging topics helps keep us in check.

I’m certain that Beal is right – to a degree. The sellsellsell mentality pervades our society, and I view it as a cancer in need of balance (here, an off-the-cuff, profanity-laced rant on my personal blog [You’ve been warned—Ed.]). Indeed it’s easy to find the suspiciously thoughtless “I know that the next time I climb the Enormodome, I’ll be sure to bring [insert gizmo here]” gear reviews, or climber blogs riddled with what Beal calls “sponsor-friendly platitudes and forced optimism and enthusiasm.” I also know that plenty of climbers and media still have the balls and the ovaries to speak their minds, to do so organically, sponsored or not, selling ad space or not, corporate drone mentality be damned.

I don’t think it’s an either/or, but an “and” – both are happening, as they have forever. How much has it shifted? I don’t know.

Regardless – and this is not to dismiss Beal’s assertions – I’d like to note a few recent online articles from our world that I found thought provoking:

• Mike Kessler’s superb investigative journalism about the fiercely competitive waterproof/breathable membrane market, long dominated by Gore-Tex, and the federal investigations into Gore’s business practices.
• Janet Wilkinson on possible reasons for women being under-represented in alpinism.
• Will Gadd about risk, rescue and responsibility.
• Andrew Bisharat going against the grain and ripping on the tantrums of Adam Ondra, sport climbing’s hottest wunderkind, and the feature length documentary about the young star.
• Nothing controversial or hard hitting here, but a new creative endeavor – a biannual literary magazine called Adventum, featuring writing, photography and haiku on outdoor adventures. It’s free in its digital version, and I admire the efforts of the people (none of whom I know) putting it together.
• James Edward Mills, a climber and journalist who’s part of a group of black climbers hoping to summit Denali, writing on Why Climbers of Color Care.

And amid my various ramblings, some admittedly shallow, I’ve also written on this blog about the issue of on-route media coverage, the Greg Mortenson Central Asia Institute scandal, whether or not young climbers are still inclined to adventure, and a few other topics beyond the usual dross. I am indeed aware that I’m writing on a corporate-sponsored blog, and that I just self-promoted my writing. Dammit. 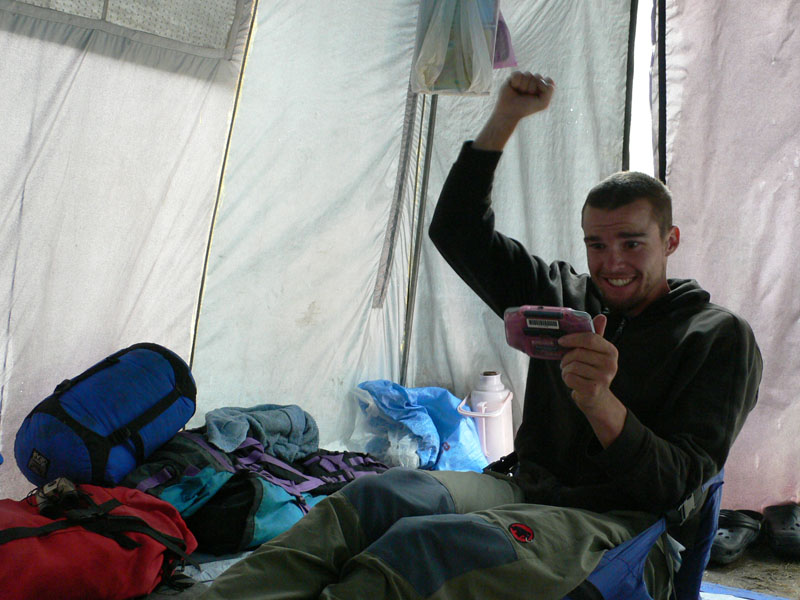 Hey, look at me, I just won! Photo: Kelly Cordes

Heard a great one last weekend on NPR’s Wait Wait…Don’t Tell Me! It was a funny segment with Jim Bouton, an old-school baseball player of the 60s-70s, and he said:

“I don’t like guys hitting homeruns and then raising their arms up like they just discovered a cure for cancer. Hey, look at me, I just hit a homerun. In our day, you hit a homerun, you put your head down and you ran around the bases. You went into the dugout and you shut up. You know why? Because it’s just a homerun.”

I love it. He’s right – everyone doesn’t have to celebrate themselves (or their sponsors) every hit, or every climb. And not everyone does. Though even in Bouton’s day, the humble man running around the bases did so in stadiums packed with tens of thousands of fans, and with live broadcasts on television and radio. Doesn’t mean he wasn’t a humble man who loved baseball.

It’s good to keep things in check. The sellouts, the self-celebratory, and the real-deal lifers still exist, as they always have, and whether things have shifted too far and the sky is finally falling, I don’t know. But to those of us who love climbing, I think it’s a worthy discussion.