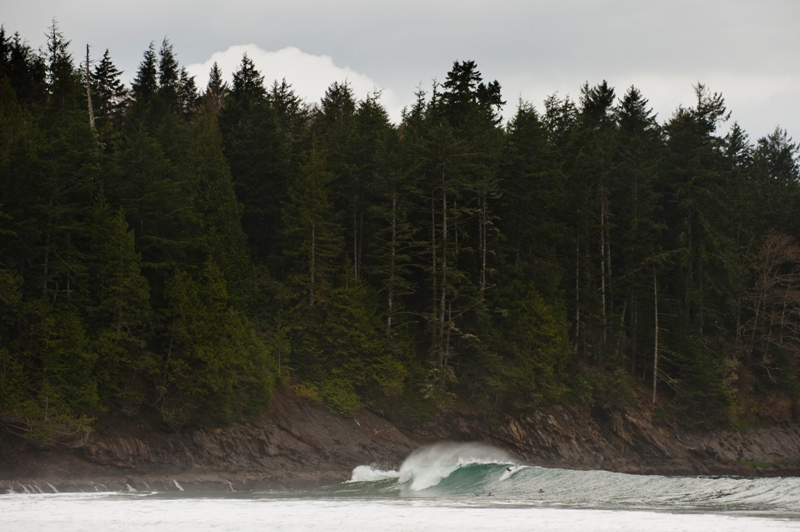 Today's post comes from Patagonia surf ambassador Keith Malloy. Hopefully it'll inspire you to seek out some waves and wildlife over the long weekend. [Photo: www.burkardphoto.com]

"We had a great trip up to the northwest this spring," said Keith. "Good weather and consistent swell gave us fun waves everyday. We were blown away at how many good spots we seemed to find. Once you get passed the 5mm hooded suite, booties and gloves, there is lots of fun to be had up there. My girlfriend Lauren wrote a little piece about the resurgence of the bald eagle in the area."

As we drove along the windy, coast-hugging road, the guys were searching for surf and I was searching for Bald Eagles. I have been fascinated by animals since I was a kid and later went on to study animals in college. I didn’t know about my passion for birds, and especially birds of prey, until I worked with them up close at a rehabilitation center. Recently, at the Ojai Raptor Center I was fortunate enough to work closely with a Golden Eagle and a Bald Eagle. I was so moved and knew then I had to see these powerful creatures in the wild. I had heard the Bald Eagle populations have been growing in the Pacific Northwest and when Keith asked if I wanted to go on a surf trip in the area, it was the perfect opportunity.

From the backseat, I searched the massive evergreens for a glimpse of a contrasting white head and tail. Bald Eagles are colossal birds with 7’ wingspans, unmistakable when you see one, or so I had heard. “Please stop!” I yelled to the car full of surf hungry dudes. There it was, perched above our heads with its piercing eyes looking at us. No wonder these birds have been a longtime symbol of power, they are truly striking. We went on to see several Bald Eagles each day of the trip and each time was inspiring. Nesting pairs soared above perfect waves and some perched above the empty line-ups for entire sessions. 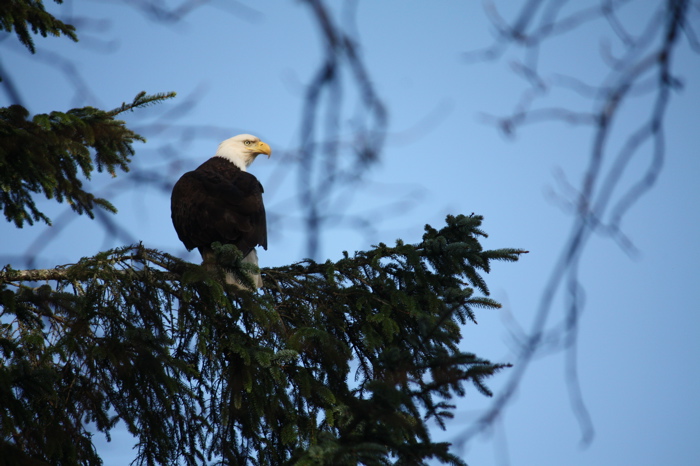 Bald Eagles are found only on the North American continent. They mainly hunt fish so they are found in coastal areas and near large inland lakes and rivers. Bald Eagles hunt with their feet, which are sandpaper-like, and have sharp talons to keep fish from slipping out. They can fly up to 10,000 feet high, have over 7,000 feathers, mate for life, live up to 40 years and are at the top of the food chain. Populations took a drastic decline in the in the early to mid 1900s. The decline was linked to the use of the pesticide DDT. The exposure to DDT was causing the birds' eggs to thin which in turn meant they were being crushed during incubation. DDT was banned and the Bald Eagle was protected under the Endangered Species Act in the early ‘70s. Populations have been increasing ever since.

Today, Bald Eagles are off the endangered species list, but are still protected under law. They have made an impressive comeback and nowhere is that more obvious than along the Pacific Northwest coast. I had fun surfing, but for me seeing the birds was just as satisfying.

UPDATE: To get a glimpse yourself of two newly hatched Bald Eagle chicks, visit the 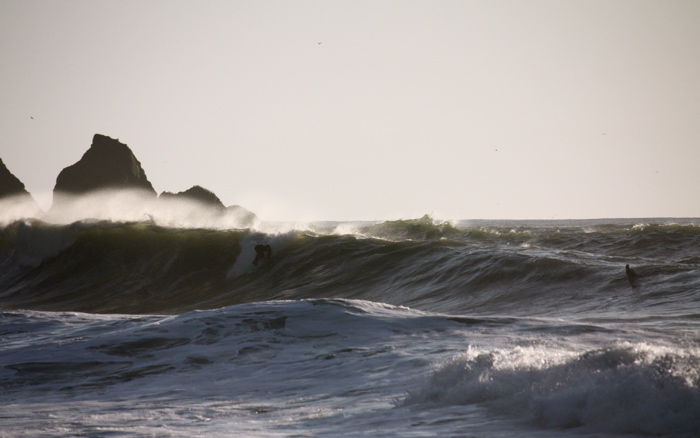 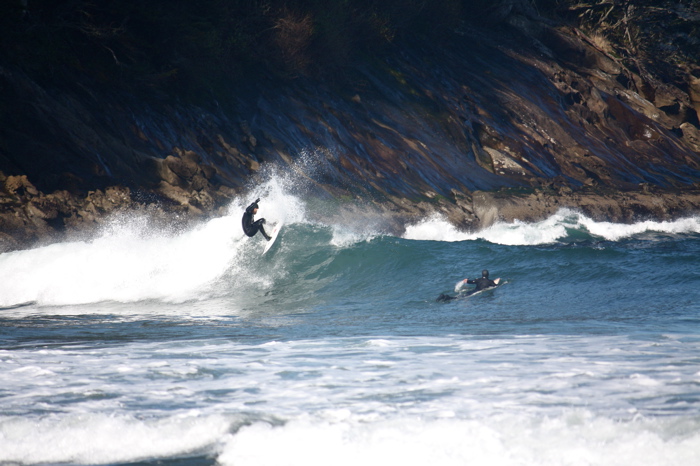 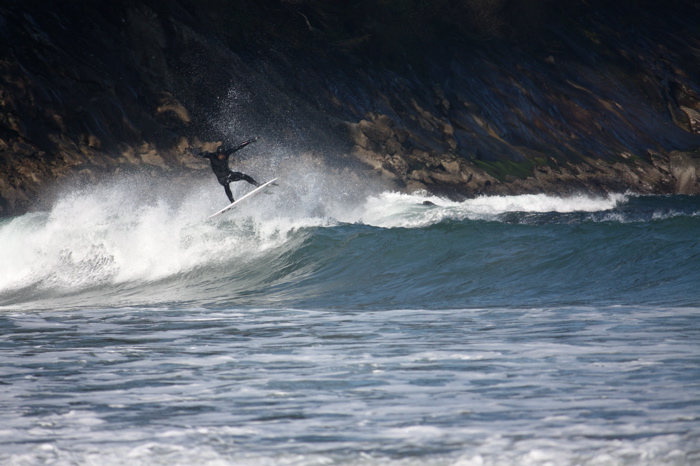 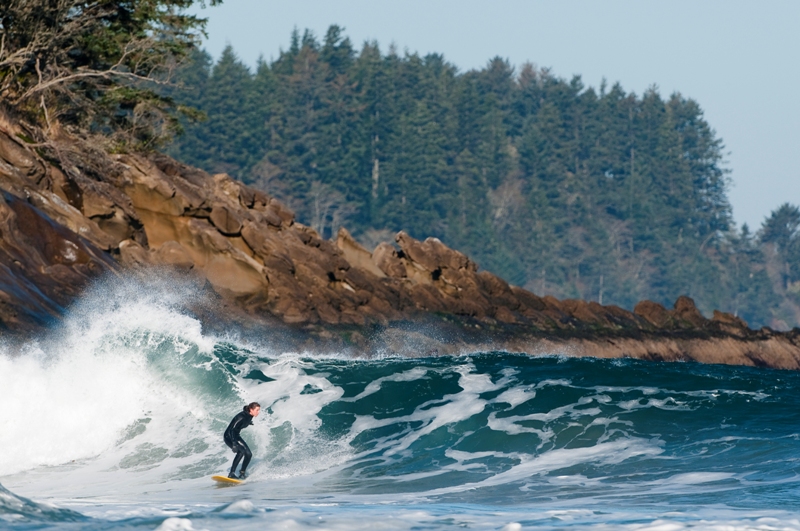 Lauren turns her attention from the eagles to the lineup. Photo: www.burkardphoto.com 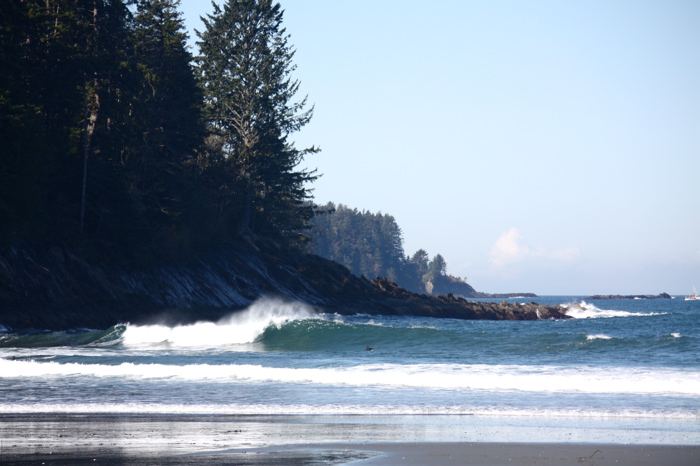 The location isn't important. Inspiring you to find your own slice of heaven is what it's all about. Photo: Lauren Coffield 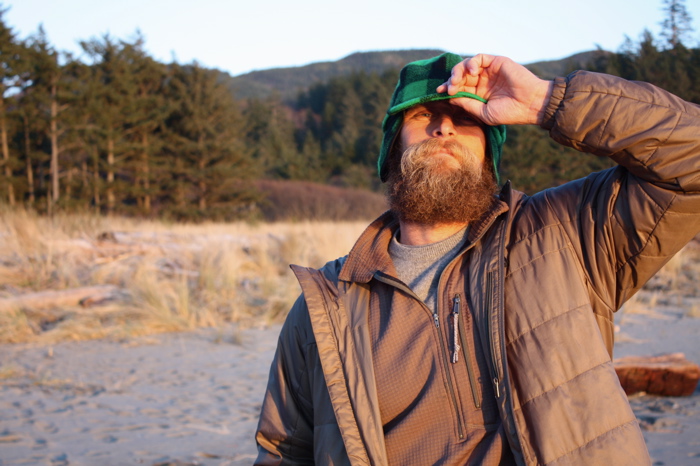 Until next time. Photo: Lauren Coffield

[This post is dedicated to all the men and women we honor on Memorial Day. Have a good one everybody.]